JekySimple is a Static Site Management Tool for Jekyll

Saleem Almajed 1/14/2017
Recently, I started my journey with Jekyll that led me to discover a whole new approach to the blogging realm which is basically a Static Site Generator that let you create extremely accessible and functional static websites including blogs, of course. 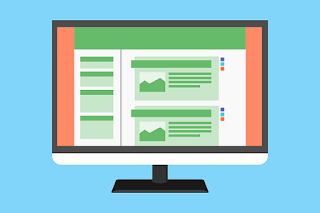 In fact, during the course of my experience I found that it's extremely frustrating to keep going through many steps to achieve some routine management tasks such as building, previewing, posting, deploying, etc.

So, that motivated me to create an easy-to-use tool which does all those things simply with individual commands, and I decided to assign JekySimple for a name representing my humble project as a whole, the tool now is available on a git repository.

JekySimple is a humble bash script created for Jekyll as a management tool to steadily generate static sites with simple and individual commands on Linux based operating systems, it only requires one-time configuration for a single user along with the ability to support multiple accounts.

Lets start listing the most desirable features that JekySimple does offer:

That and many more, I would like to state that each task will require a single command to perform, which makes routine management much easier for you to do.

This means you can't use JekySimple without the following conditions:

I would like to highlight the following limiting factors:

I will be listing more while testing, I am not entirely sure at the moment.

Basically, after you prepare a special config file with your desired settings, you let Jekysimple do all the stuff that are pre-configured already with a single command.

This command will let you either initialize a completely new git repository that you have just created remotely, or clone an already existing Jekyll project to be paired with JekySimple. Anyway, if you prefer to just initialize git manually by yourself, then just fill required git information inside config file and skip this.

This option is used whenever you want to publish a new post, it will automatically enclose the date within a typical post template that you can customize. After that, it will launch your favorite text editor for you to edit the new post and save it.

That will technically perform jekyll serve command but with your pre-configured settings for JekySimple, which will execute a local web service into the system so that you can preview the site on your browser before deploying it.

Similarly, that will technically perform jekyll build command but with your pre-configured settings for JekySimple.

Once you are confident and satisfied with the results after building/previewing, you can use this command to deploy changes online into your git repository host, make sure that you have identified git credentials correctly inside the config file.

Well, nothing too fancy here it's quite self explanatory, this will firstly delete the built site from your system since you don't need that after deploying. Secondly, it will clean the source from Jekyll cache and metadata.
No Comments Speak Your Mind