Is it Safe to Charge iPhone Faster with iPad Charger?

Saleem Almajed 11/11/2016
If you are an Apple fan you will most likely happen to own both an iPad along with an iPhone, users might want to charge their iPhone with the iPad 12W/10W USB Power Adapter, so they have no choice but to wonder whether it is safe or not to do so. 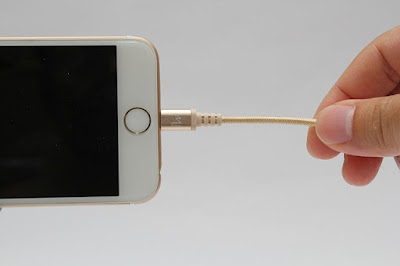 Can I Safely use iPad Charger for iPhone?

Yes, it is completely safe to charge any iPhone with iPad Power Supply, that's your answer in advance just before we go explaining further. Apparently, it's not only safe to use but even more interestingly you can charge your iPhone FASTER than usual using the iPad power adapter instead.

Why it is Safe

That being said, when it comes to electronics it's known that devices draw current from the power supply on demand, meaning it doesn't matter if Amperes are higher than minimum requirement as long as the power adapter rated at the same voltage value which is in our case 5 Volts for both iPad and iPhone.

The reason for why it's actually more efficient to charge your iPhone using the iPad adapter is that it can supply double the amount of current than the original iPhone adapter, and since devices draw current on demand that makes iPhone able to draw from 2.1 Amps (12W) available, the iPhone will be able to charge noticeably faster than being limited to 1 Amp (5W) of current only.

You can look at the specifications and compatibility list of devices supported by the Apple 12W USB Power Adapter at official Apple online shop, you will see all iPhone models are supported. Also, many people asked Apple stores around their area the same question and they gave users green light, they've been talking about this on many reddit posts.
No Comments Speak Your Mind