Saleem Almajed 11/15/2016
Requiem is the only software that allowed everybody to circumvent Fairplay DRM completely for free, this blog has been supporting various DRM Removal tools for many years providing Requiem tutorials as well as download links for binaries and source code of every tool at our download section. 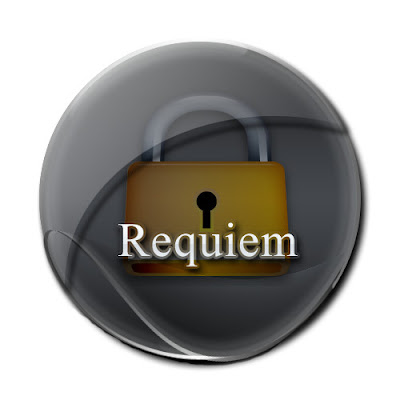 Requiem is the only true Fairplay DRM Removal tool ever released, I simply can't stand watching it die just like that without trying to do something.

That being said, unsurprisingly the web is being flooded with countless sites claiming removal of iTunes DRM, charging people a hell lot of money for a far inferior and poor quality software that doesn't truly remove DRM but only convert content to another extension by re-encoding it.

Instead of paying our hard earned money to jerky services we should have donated to worthy developers of open source software like Requiem which by the way was originally coded by a person known as @Brahms at that time.

Resurrection of The Requiem

Today, I decided to create a GitHub repository with source code and binaries available for the two most successful versions: Requiem 3.3.6 which is best at decrypting iBooks and Requiem 4.1 which was the latest release supporting iTunes media (Music & Movies) DRM removal , as an attempt to resurrect Requiem once again.

This way we as a community can continue the development of that software and hopefully come up with a new release supporting the latest version of iTunes & iBooks to put an end to that farcical mess of fake DRM Removal services known today.

Any one with experience at Java can help and contribute to the resurrection of Requiem, please clone the GitHub repository and if you figure something out just send me pull requests.

Our main goal is to attain and keep the software compatibility with latest versions of iTunes since old Requiem releases are limited to only support obsolete iTunes version. That is the only obstacle preventing people from using the tool freely, so that's what we should try to overcome at the first place.

Of course, efficiency improvements and bug fixes or adding new features to Requiem are more than welcome however, we shouldn't let our focus scatter around preventing us from achieving our main goal.


If you have any question or doubts, please do not hesitate to drop a comment in the section below to join the conversion and share thoughts together.
No Comments Speak Your Mind